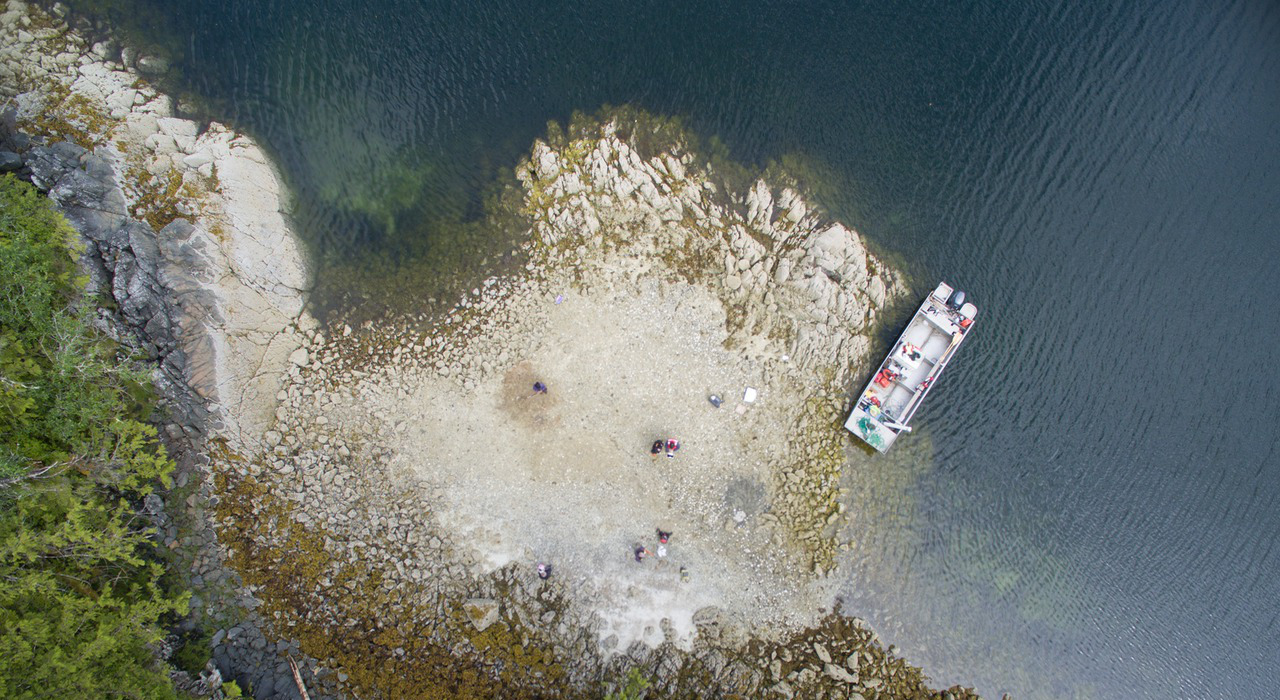 Clam Gardens Are Cultivating a New Look at Ancient Land Use

An ancient ecosystem management practice on the West Coast has revolutionized the way anthropologists understand the area’s First Nation cultures. Clam gardens were only first “discovered” by archaeologists in the 1990s, even though there are First Nation elders still living today who tended them.

“It’s a really interesting tale of the way science is done, and not stopping to listen to local knowledge holders,” says Dana Lepofsky, a professor of archaeology at Simon Fraser University.

“People were managing all these ecosystems in a very subtle but meaningful way for millennia.”

Through the Hakai Institute-supported Clam Garden Network, Lepofsky and her colleagues—in association with First Nation elders and knowledge-holders like Kwaxsistalla (Qawadiliqalla Clan Chief Adam Dick from Kingcome Inlet)—have been instrumental in broadening the understanding of these unique human-made features.

Clam gardens are human-enhanced mud flats, often terraces that create ideal habitat for clams. By rolling rocks down to the perfect height along the beach to form a low stone wall, people were able to flatten out the beach and increase the area in which clams could thrive; the structures were even built on bedrock where clams had never occurred naturally, with silt gathering on top of the rock once walls were built.

Through careful tending (thinning, aerating, and adding habitat) and selective harvesting, the number of clams available for harvesting could skyrocket—researchers have noted fourfold increases in butter clam density in clam gardens compared to otherwise similar beaches.

Clam gardens affected more than just clams; other edible species like sea cucumbers and seaweed could be found among the rocks, while fish migrated along the rock wall where they could be more predictably caught.

“These are sea gardens, really,” says Nicole Smith, an independent archaeologist who is working with Lepofsky on clam garden research.

Clam gardens have been found all along the northwest coast of North America, from Washington State to Alaska.

“There are only a few areas on the coast where we’ve actually been studying clam gardens, but undoubtedly they’re all over the place,” says Smith.

Dating the gardens has proven difficult, but using what remains of barnacles crushed when the rocks were rolled down the beach, the researchers have dated some rock walls to over 1,000 years ago. They assume, however, that the practice goes much further back, and new dating techniques are currently being tried out.

Though clam gardens have left easily identifiable traces, they were far from the only ancient practice to increase the quality and quantity of resources coming off the land.

“They’re part of a very sophisticated land and resource management system that people up and down the coast had,” explains Nancy Turner, the Hakai Chair in Ethnoecology at the University of Victoria.

“It’s a continuum of managed ecosystems from fish traps and clam gardens to root gardens, to crab apple stems that were very carefully tended, to culturally modified trees. All of that speaks to a very sophisticated system of management.”

Although clam gardens are better understood by academia than they were 20 years ago, many questions remain. By digging through old clam gardens and mapping their locations, the Clam Garden Network—made up of West Coast First Nations, researchers, academics, and resource managers—is trying to understand how old and how productive these gardens were, and what techniques people used to tend them.

Going even further, the researchers want to know what the gardens meant for First Nation societies.

“What role did having this really managed landscape have in the social and economic world of people in the past?” Lepofsky asks.

One profound conclusion that has arisen in part from the study of clam gardens is that the term “hunter-gatherer” is not an appropriate way to characterize First Nation societies.

“I think hunter-gatherer is a very simplistic term, and does not at all describe the sophistication that people have had in maintaining their resources,” says Turner.

First Nations were deliberately tending all kinds of ecosystems, she argues, but the management systems on the West Coast were unfamiliar to early European explorers.

“They didn’t plant wheat or beans or carrots or corn, the way that other agriculturalists did; instead they used perennial management systems that kept plants going over a large amount of time and harvesting.”

Like clam gardens, some of these management systems are easily visible on the landscape, while others are more difficult to study. But all of them reveal cultures that are much more intimately involved in altering their environment than previously thought.